Welcome to the Commissioners

Return Home to the Commissioners

The Monroe County Commissioners together with the Judiciary are proceeding with plans to renovate, modernize and build an addition to the County Courthouse. These improvements are a priority for the County and the Court, and are the result of over a decade of careful study that consistently demonstrated a need for both expansion and modernization. The Monroe County Courthouse was built in 1890 and an identically-sized addition was built in 1934; both portions were added to the National Register of Historic Places on April 18, 1979. The courthouse was last expanded in 1979 and since then, the courthouse has served our community well. However, meeting current needs has forced the use of spaces not designed as work areas. With space limitations and an increasingly aged facility, Monroe County Officials have embarked on a project to upgrade the existing courthouse and construct an addition. With planning underway, this page will be periodically updated with information regarding the Courthouse project.

Please join my meeting from your computer, tablet or smartphone.

You can also dial in using your phone.

New to GoToMeeting? Get the app now and be ready when your first meeting starts: 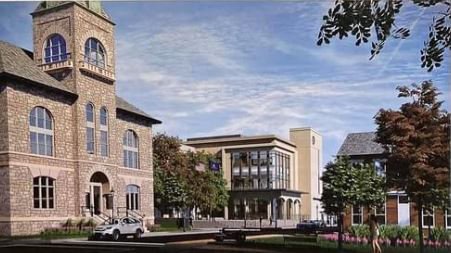